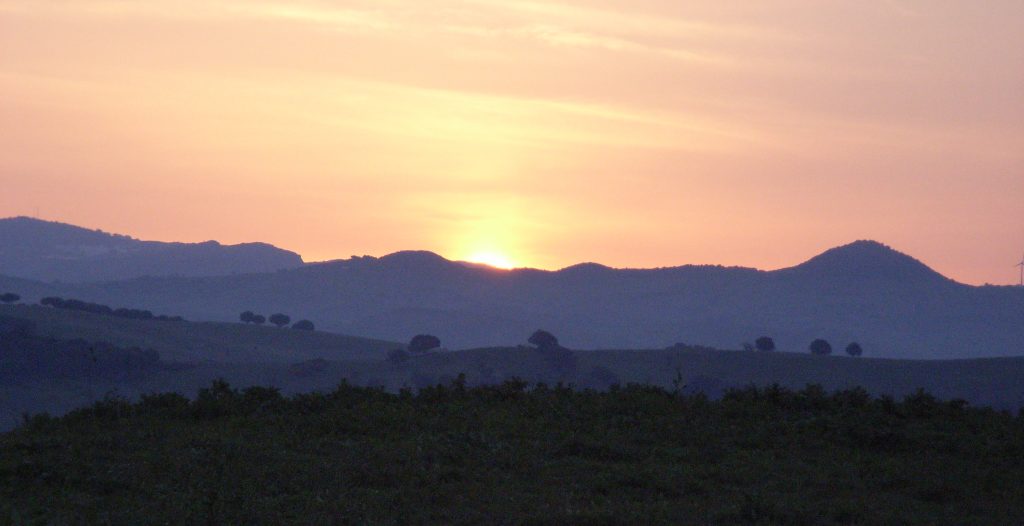 Sunset in the Sierra

Every year I ask myself why there is a sudden drop in visitors to Andalucia as soon as the calendar enters November. After a busy and bustling September and October, I find it a strange contrast watching this month unfold in a much quieter fashion. There are factors such as calendar events (Easter Week or Ferias) or school holidays that oblige many couples or families to choose high season months. But talking with our travellers we often discuss the best times to travel to Andalucia during the year. I’m a big fan of recommending the quieter calendar months. So in this blog post I’ve decided to actually prove to everyone why they should come to Andalucia in one of my favourite months of the year, November!

I will often mention to clients that hotel rooms are a fair bit cheaper outside of the high season months between April and October. But its only now that I’ve studied some of the statistics, courtesy of Trivago, an online booking platform. Taking Seville as a case study, I found that November’s prices are more than 23% lower than October!!

Andalucia is a very popular holiday destination! We like to work with the best hotels in the region and logically, the best hotels are often the most popular. Sometimes our clients aren’t able to stay at our top recommendations because they’re fully booked. As the INE (Spanish National Statistics Institue) tells us, in November this is rarely a problem:

% of hotel rooms occupied in Andalucia in 2015

Andalucia is blessed with some of the best weather in Europe. With over 300 days of sun a year, rarely do we have to complain about chilly days! According to AEMET (Spanish Meteorological Agency), the city of Seville has an average daily high of 20.2 degrees Celsius (68 degrees Fahrenheit) in November.

The rain in Spain does not fall mainly o the plain!! In Andalucia the rain tends to be wonderfully decisive, falling fast and hard before allowing the sun to come back out. Once again using Seville as a reference, in November we have an average of 6.4 days a month where it rains 1mm or more.

I can tell you that in the busy months of April, May, September or October, many of our monuments, restaurants, hotels, shops and transport can have some pretty hefty queues and waiting lists. Once agin, this is not going to be a problem in November. Just take a look at the INE’s register last year of the amount of people who visit Andalucia in the 3 months of Autumn:

But its not all about statistics and percentages! November is also a fabulous month to visit Andalucia for a number of reasons. Here are just a few of them:

6. Bird season and the countryside

Andalucia is located right on the migration path of countless birds that enjoy an endless summer! November is a month when millions of them journey South in search of warmer weather. Andalucia is a wonderful spot for them to either nest year round or to spend a few weeks soaking up the nice weather and eating the fat of the land before continuing their journey. Areas such as Doñana and the Strait of Gibraltar overflow with ornithology!

After a very warm and dry summer, the countryside is rather crisp and brown. But by November, the Autumn showers have brought the land back to life. The hills are green, the flowers are out and the rural areas of Andalucia are quite exquisite to visit as a hiker, biker, birdwatcher, photographer or nature lover.

7. The month of Mosto

November is the month when “Mosto” (grape juice) from the same year’s harvest is ready to be tasted. Residents of the sherry region, the Aljarafe, Huelva, the Sierra de Malaga and many other areas are able to enjoy “mostos” in a number of bars, paired with all sorts of tapas. It’s a wonderful way to try these very young wines, soak up the atmosphere and enjoy a wine and tapas route round any number of towns and cities such as Jerez, El Puerto de Santa Maria, Sanlucar de Barrameda, Umbrete, Málaga and many more. 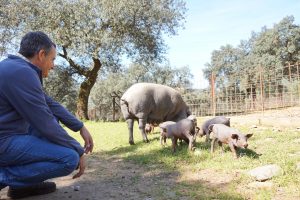 Most of you will have heard about, read about or had the pleasure of tasting iberian ham. For me it is one of the finest foods in the world! Our iberian pigs graze, care-free, in the oak forests of our mountains. Perhaps the most important food source of the iberian pig is the acorn. The iberian pig has an incredible ability of converting oleic acid into unsaturated fats. All the oil and marbling of their ham is thanks to the acorn. If you travel to Andalucia in November, I highly recommend you join us for a visit to the Sierra de Huelva where you will meet some iberian pigs during the “Montanera” season. The “Montana” is the period between November and February when acorns fall from the trees. The countryside looks quite beautiful and you can watch these magnificent animals quite literally pigging out on cork and holm acorns.

9. Ski in the Sierra Nevada

If you’ve never been to Andalucia before, you may be surprised to hear that we have a pretty marvellous ski resort! Just a few minutes drive from Granada you will find the Sierra Nevada. The highest mountain range on the Iberian peninsula and home to 107 kilometres of skiing slopes. November normally marks the start to the season. It’s pretty nice setup to be able to ski in the Sierra Nevada and then have dinner with views of the Alhambra in Granada!

For those of you who are gastromaniacs, November is a fabulous time to visit Spain. In Andalucia, November marks the beginning of the mushroom season. You can head to the hills and enjoy some of the most exquisite mushroom dishes you will have ever seen! Hunting meats and stews are the flavour of the month in many restaurants. It is a time of red wines and sherries with body. You can also enjoy some of our fabulous fruits and vegetables such as Caquis, Chirimoyas, Pumpkins, Beetroot and so much more!