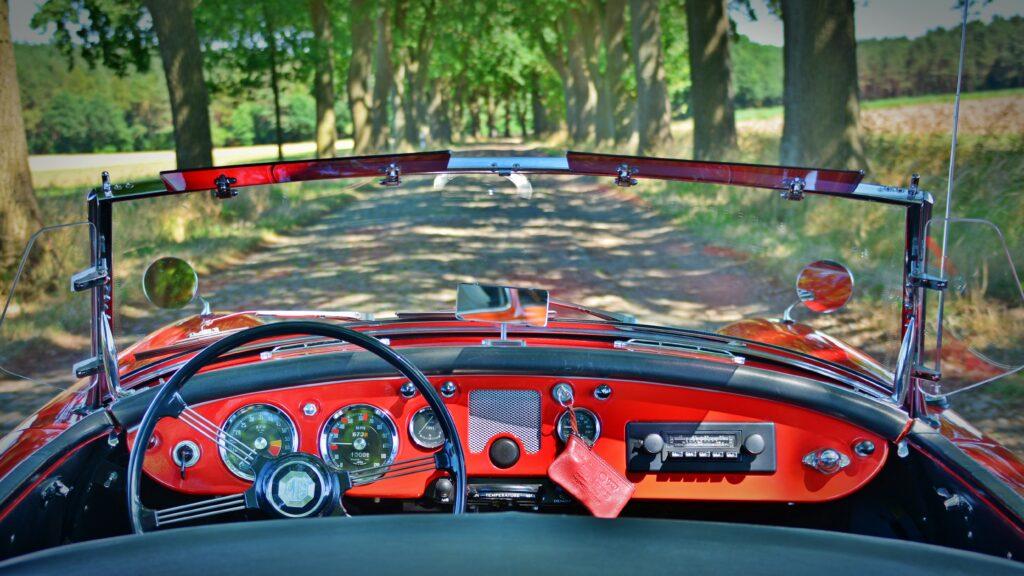 Road trip in a convertible

We’ve all at some point seen the films, marvelled at the settings & scenery and dreamed of casually cruising along those winding roads in a convertible, with Bond or the Bond girl by our side! And right now, being able to get out and explore some country roads, away from the busy cities, is pretty high up on most of our agendas. Whether you like to drive or be driven, we bring you the 6 best James Bond roads in Andalucia!

For a spectacular combination of mountain climbs, pine forests and a large, open expanse of water, this is a driving route to really get away from it and let your ‘Bond’ imagination take flight! The highly appreciated but less-visited Sierras de Cazorla, Segura & Las Villas in Andalucia’s most north-easterly province of Jaen is the largest protected natural area in Spain and perhaps one of its most impressive. This is the standout driving route of many in the area, but it’s worth linking up with others to make it a longer stay in the region. The gateway town of Cazorla is the starting point and from here it’s a decent climb up and over into the Guadalquivir valley. Puerto de las Palomas at the top, is an impressive lookout spot and surely one that a Bond director would utilise for the villain to chase bond in a helicopter or similar…!!

Then, it is a winding descent down into the forested valley floor, where the road follows the early stages of the weaving Guadalquivir river below, with towering peaks all around. After around 20km, the road runs alongside the El Tranco reservoir with panoramic views out over the calming expanse of water and forested peaks. After a picturesque stretch, you’ll cross the dam shortly before reaching the town of El Tranco, the end of this James Bond road but by no means the end of the adventure. Stop here for some nourishment and take a short boat ride before continuing on up to the lookout spots past Hornos and up to Santiago-Pontones.

The view from near Igualeja towards Marbella and the coast

The best bit about the drive from Marbella to Ronda is the clear transition that takes place as you climb! Your journey begins surrounded by super yachts, luxury resorts, sports cars and Chihuahuas in handbags. As you begin to climb, you pass by private golf clubs, luxury urbanisations and exclusive residences. Then you begin to see the contrasts… a man sitting in the layby selling second-hand golf balls… a rickety fruit stall selling melons. And suddenly you burst out of the Costa del Sol bubble and find yourself in rustic, hilly Andalucia. The road itself scythes through the steep mountainside. You’re gifted with fabulous views back down towards the coastline and the glistening Mediterranean. You’ll see the occasional hardcore road biker attempting the climb. You’ll also most likely see mountain goats nimbly flitting along the steep rocks above the road. In just 40 minutes, you breach the summit and leave the views of the coast behind you. Then it’s just another 15 minutes drive to the famous town of Ronda.

Granada is one of a few places where you can go mountaineering (or skiing in season!) and take a dip in the sea on the same day! Yet it is the old road that connects mountain & coast – from Granada to Almuñecar – known as ‘La Carretera de la Cabra’, that provides a real thrill for driving aficionados, motor-bikers and expert cyclists. It’s around 70kms start to finish and has spectacular mountain & coastal views along with some corners to take your breath away! In fact, it is so worthy of a James Bond car chase that Jaguar used it to launch their F-type, albeit on a closed road with professional drivers, we might add!

The route starts off with a gentle climb through pine and holm oak forest, around 20kms south of Granada on the western flank of Sierra Nevada National Park. It isn’t until you approach the Sierra de Tejada, Almijara & Alhama that the real adventure begins. On your left, a rugged rock wall and on your right, a solid stone barrier separates you from magnificent views of the peaks, the valley below and eventually the Mediterranean Sea. Don’t forget to keep your eyes on the road! Past the small town of Otívar, it is a steady descent down to the coast through smaller villages and farmland. Before you make it to the coast, it becomes clear why it is known as the Costa Tropical. The Jete valley is filled with mango, fig, chirimoyas and avocado orchards and this may well inspire you for something that isn’t shaken, nor stirred…!

The Alpujarras are the foothills on the southern side of Granada’s Sierra Nevada peaks, the highest on the Spanish mainland. The area is home to mountain streams gushing with ice-cold meltwater, steep valleys with white villages perched on their sides, the purest of air and snowy peaks towering up ahead. Starting in the town of Órgiva at the base of the valley of the icy River Poqueira, the route starts with a climb up the valley for stunning views out over the rolling hills. Keep a lookout for orchards of orange, lemon, almond, fig, kakis and apple trees and the odd vineyard too. The weaving roads with steep sections will test out the engine and no doubt your driving too! Continue up this road to the town of Pampaneria, where you will be tempted to park up to explore the picturesque cobbled streets and white washed houses. There are ample restaurants and gift shops that cater for visitors from Granada and surroundings but it is a very photogenic setting so very much worth a visit. Onwards and upwards, after a few more nerve-testing bends, the road branches off and continues up to the idyllic towns of Bubión and Capileira. Enjoy the full panorama and the peaks up ahead that come into and out of view, while keeping another eye on the road of course! It is possible to continue on even higher towards the peaks if conditions allow but highly recommended is to leave the car behind and stretch your legs in the refreshing mountain air.

The view of Africa across the Gibraltar Strait

Algeciras is what we would politely call a “functional” city. It isn’t charming or pretty and it revolves around its important cargo port, gateway to the Mediteranean. But once you leave Algeciras behind you on your way to Tarifa, you’ll be privvy to some of the most privileged views you can imagine. On your left-hand side is the Strait of Gibraltar! Assuming you don’t have the bad luck of a foggy day, you’ll be able to clearly see the African continent, across the narrow stretch of water. Dozens of huge cargo ships cluster in the body of water, like the bottle neck of a maritime traffic jam! On a really clear day, you can see vehicles moving along the Moroccan roads, towns and houses and the other Pillar of Hercules, Jebel Musa, rising up in the background. We recommend you stop off at the roadside diner called “Mirador del Estrecho” to have a drink and enjoy the views. It is exaclty halfway between Algeciras and Tarifa and allows all of you, including the designated driver to fully appreciate the scene before you. Being the joining point between two continents, the Mediteranean Sea and the Atlantic Ocean and a scene of such history and legend, this view will stay with you forever!

Looking at Algodonales town from the Puerto de las Palomas

It’s possible that this drive is in Nº1 spot due to an element of sentimental bias! We have driven this road countless times and never get bored of the views it offers us. It’s almost as if the brave (and talented) individuals who built the road, had the consideration to add so many zigzags and cutbacks to ensure both driver and passengers could enjoy the scenery! The road begins climbing amongst olive groves. As it ascends, the olive trees become scrub and holm oaks. The large, turquoise Zahara reservoir looms into view and we begin to see other White Villages on the horizon. If you chance to look away from the reservoir, on the other side of the road, you’ll see the mighty “Garganta Verde” (green throat) which is a large canyon located in the protected nature reserve. Vultures soar past the car at eye-level! You drive past clusters of the very rare “pinsapo” pine tree, before finally reaching the summit, the Puerto de las Palomas, at 1357m and with a handy carpark and lookout point for you to stop and savour the scenery to your hearts content. It’ll come as no surprise to you to learn that we’ve coincided with 2 car advertisements and the Vuelta de España promotion video being filmed here on different occasions!

The above is just a small selection from an endless number of unforgettable country roads in Andalucia. Visitors are always amazed at the rich variety of rural scenery that our region offers them. Whether you’re cruising through oceans of olive groves, climbing karstic Sierras, winding along Mediterranean coastal roads or passing through idyllic oak forests, Andalucia will never fail to amaze you! Now that Spain’s borders are open again and International travel is gradually rumbling back into motion, perhaps a rural escape to Andalucia is just what you’re looking for…! If you want to learn more, don’t hesitate to contact us.